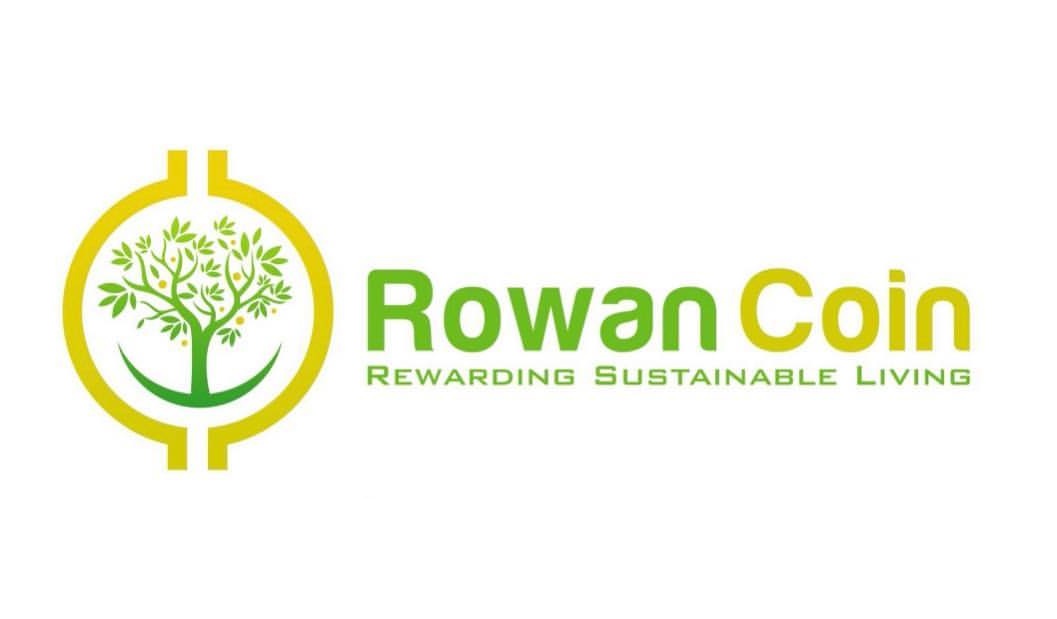 Every now and again a new Token comes to market that really catches our eye.

There are various trends circling the globe currently, but the two which are gathering more and more momentum is climate change and Blockchain.

But people are starting to become a bit desensitized with Buzz words such as Sustainability, Climate Change and renewables.

How can we encourage people to live a more sustainable life?

The Rowan Project is a group of developers and fin tech professionals that aim to change this with RowanCoin.   Rowan coin is a minable ERC20 token based on the popular Ethereum blockchain.  The token is unique in the sense that it’s mining rewards are evenly distributed amongst its pool members, thus taking the competitive edge out of this resulting in the ability to mine the token with low powered miners.

Rowan Coin has developed a small low powered miner that is literally plug&play. You plug it in at home and it will mine the token for you. These miners will be distributed to people who either generate their own electricity via solar or wind etc or switch to a 100% green energy company.

Owning a Rowan Miner is only the first step, making you a level 1 miner. If you drive a car you can also add to your rewards. The Rowan V device is plugged into any vehicle. It judges your vehicle, your driving your CO2 emissions and your driving habits. From this, it generates a score that is reflected in the amount of Rowan Coin rewards you can receive. Drive an electric car you can score the highest, drive a petrol or diesel car and your score will be lower – BUT Rowan Project will plant 6 trees per year every year to neutralise your carbon footprint. This will make you a level 2 miner.

Further plans involve a fitness tracker as part of a massive zero carbon commute campaign aimed at encouraging people to switch to a greener lifestyle. You can become a level 3 and beyond, increasing the number of rewards you can earn.

How else can you get Rowan Coins?

As with any cryptocurrency you can Buy or trade Rowan Coins on its internal exchange.  They are also talking to four major exchanges to get their token listed as soon as possible after the ICO.

As well as this, owners of Rowan Coin can transfer their tokens to a Rowan Lockbox. This staking wallet is bot driven and rewards holders every day for investors that need a more guaranteed return rather than holding for capital growth.

What can you do with a Rowan Coin?

There are big plans for this coin. Rather than wait for other people to adopt this coin The Rowan Project is putting together a rather clever use case.  They will make the token usable on a Zero waste/Organic food website, they have also partnered with a major green energy supplier which is considering taking the coin as part payment. But the real power with this coin is their 2020 project ‘Rowan Power’

Rowan Power will be the first community fed green energy company where community members can buy and sell their energy from each other peer to peer. Their energy bills will be payable in Rowan Coin. This is massive.

What’s in it for investors?

With the demand for Rowan Coin increasing over time especially as Rowan Power will see users buying coins to pay their energy bills. Investors should see a good return for their investment. When users go online to settle their energy bill, they will be placing a buy on the internal exchange. This alongside a finite supply of the coin means the price on the coin will increase.  Like I said at the beginning. They are very ambitious.

When does the ICO start?

The Rowan Coin ICO begins February 10th with a Pre-ICO.  This will continue until all the coins are sold, then move directly onto the stage 1 of the ICO without a break. The coin price starts at $0.40 per coins ending at $0.70 per coin after 4 stages.  The project has a soft-cap of $500k and a hard-cap of $7.5 million. But the CEO has made it clear the project will continue even if underfunded.

I would get in there early. This one is going to be big.