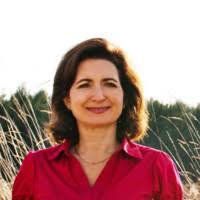 Frances Tobia and Robert Tobia have scammed over 20 people telling them to buy digital gold called crypto coins (bitcoin). They ran webinars together and operated as a team to defraud at least 20 people of over 1 million dollars.

If you google their name on the second page is a court case where they sued an investment company. They seem to be a fraud tandem.

Frances Tobia is a certified Proctor Gallagher Consultant and runs a business teaching people how to make money and invest.

Speaking to all the people they scammed the one common theme is the use of a fake Lawyer with the first name Harvey. The last name is different but it is of Jewish decent. Silverstein, Goldstein, Goldberg and Silverberg are among some of the names used.

It appears as if the couple uses various emails and phone numbers as follows:

She talks about being in vibrational harmony, intuition and such vocabulary as can be found in an article here: FrancesTobia.thinkingintoresults.com/about-me/

One other common element in their scam is after they get people to invest with them they don’t answer phone calls or emails. Of the people scammed every one was threatened in one way or another by the Tobias.

Robert Tobia is assumed to be the one behind the scam. Frances has told numerous people she scammed that Robert her husband was the one behind it all and that he is abusive. She was threatened and told that she has no money and no place to live if she didn’t go along. Whether this is true or not is yet to be determined but she’s declared this to several sources.

In almost all cases they used docusign to sign the agreements arising from a fake lawyer and transacted in smaller amounts to build trust. Multiple police reports have been filed but the fear is that they’ve kept the cryptocurrency offline hidden and investors won’t be refunded.

If you have any information or have been a victim please email francestobiascam@yahoo.com. We’re pooling money together and bringing an action against them in the next month as we gather more information.