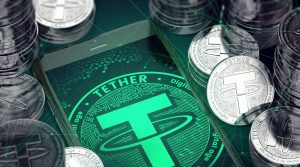 The founder of the USDT stablecoin, Tether recently announced plans of launching another stablecoin, but this one will be pegged to the British currency. The company has launched the largest stablecoin in terms of market capitalization, which is pegged to the US dollar. However, it has introduced some other stablecoins as well, which are pegged to different currencies. These include the Mexican Peso, the Chinese yuan and the Euro.

According to Tether’s announcement, the stable coin will have the GBPT ticker, as it will be pegged to the British Pound. The ratio will be 1:1 in this case. The company disclosed that there is a solid development team behind the stablecoin and they have decided to use Sterling in order to allow people to make cheap and quick asset transfers.

Paolo Ardoino, the Chief Technology Officer, stated that they consider the United Kingdom to be the next frontier when it comes to blockchain development and innovation. The CTO said that it was ripe for wider implementation of crypto, so they have decided to play their part and provide crypto users around the globe with access to stablecoin pegged to the GBP.

Tether’s CTO also added that the world’s largest stablecoin issuer was also in touch with regulatory authorities in the United Kingdom in order to achieve their goal. He also stated that the company’s goal was to ensure that its stablecoins can be adopted widely without any issues.

The fact that Tether has decided to launch a GDP-denominated stablecoin shows that the company is committed to expanding this technology. Once they launch the newest stablecoin, it will be pegged to the British Pound Sterling, which is recognized as one of the biggest currencies in the world. In addition, this stablecoin will also help in fostering transactions with others, where it might be possible to establish a forex opportunity between EURT and USDT.

The UST stablecoin collapsed last month and took the entire crypto market by surprise. Since then, there has been a great deal of pressure on stablecoins and people have begun to pull out of them because they are now doubting their reliability. Some of the other stablecoins have also seen their values plunge drastically and this has wiped out a significant amount of the market capitalization of the crypto space.

In the top ten list of stablecoins that exist in the market, there are three that are pegged to the US dollar. These three are Tether (USDT), Circle, (USDC) and Binance USD (BUSD). In terms of market capitalization, USDT is still on top of the list, but USDC also has a significant amount of trading volume. In the last month, the market cap of USDT has experienced a significant decline, but the same does not apply to USDC, which has seen its value grow by 5%. Stablecoin regulation has also become a priority for different regulatory authorities all over the world and Japan and South Korea have already introduced legislation for this purpose.